Here's what people are saying about Dennis Walsh.

I have known Dennis Walsh for decades through our families and our community. I have witnessed Denny being an out of the box, transparent, leader for Orono. He is willing to work with the schools, with local businesses and support community charities. He cares deeply for the other community partners such as the Orono Police and Long Lake Fire department.  Denny is a wonderful and positive person, who is committed to his passions which include a deep dedication to our community.  He has made a real difference in his short term as Mayor. I believe he will continue to make great strides in bringing the different viewpoints and ideas together, to make Orono the best that it can be.

WHY WE SUPPORT DENNY WALSH FOR ORONO MAYOR

Since Denny Walsh was elected to serve on the City Council he has continuously done what he said he was going to do during his campaign.

Denny is now running for Mayor and needs our support and vote. His strong business acumen and skillsets have served the citizens of Orono well. He has presented and asked the tough questions that others have not thought to ask and/or dare to question.  He has requested for more transparency at meetings so citizens can fully understand how something came to be and why. But Denny has been met with resistance on this matter.  His desire for full transparency in our City Government will only strengthen the trust citizens require from our elected officials.

Currently, there are council members that feel that they can pick and choose which City ordinances to enforce.  Our own neighborhood has fallen victim to enforcement issues and we are disappointed with council members who refuse to take action against multiple documented violations. As residents of Orono we want to be assured of our right to personal enjoyment and a peaceful living on our property.

Since his involvement on the City Council Denny has shown us time and time again that he has been consistent in his approach on all subjects and takes great pride in making sure he has a clear understanding on all matters before casting his vote. He has proven himself to be sound and just.

If you have not done so please take the time to speak to Denny personally.  You will learn as we have that he has much to offer ALL citizens of Orono. 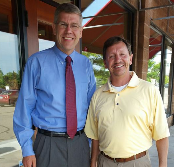 Denny Walsh is a long-time member of the community who will be a strong leader as Mayor. Denny's small business experience will serve as an important asset in maintaining fiscal discipline & balancing budgets.

As a resident of Orono I have seen and appreciate the responsiveness,  leadership and decision-making skills of Denny Walsh.   Denny researches the issues and makes decisions with a view to looking out for the best interest of Orono and its citizens.  I have known Denny nearly 20 years.  Denny is a successful businessman who uses his energy,  skill,  commitment and fairness to better the communities in which he does business.  I have no doubt that Denny will use these skills to further strengthen our Orono community. I am grateful that Denny Walsh is willing to serve our Orono community for another term and he has my full support. 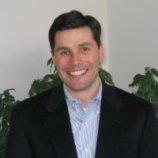 Mayor Denny Walsh is fixing our roads and holding the line on taxes. We are fortunate to have him in Orono, and I hope you will join me in supporting him for re-election.

I was fortunate enough to have met Denny Walsh through my daughter - she has been friends with his youngest daughter since they met at Schumann Elementary in 1st grade. Shortly after meeting him, we found out our neighborhood and plans for its future development were on the city council’s agenda. We lacked prior knowledge of the development plans as well as knowledge of how things work in city government. We contacted Denny and he went above and beyond to help us understand what was being proposed and how we could get involved in the process. The entire time, he was pragmatic, transparent and fair. Orono needs a leader like Denny who will be transparent and represent what the citizens of Orono want for the city’s future. We moved to Orono for the natural beauty and feel of the area as well as the strength of the school system. Denny Walsh is the leader that will protect these things for us and all Orono residents.

“Dennis Walsh and I have gotten to know each other in a variety of settings over a number of years.  He has always impressed me with his practicality and his wisdom.  We first met as classmates at the FBI Citizens Academy which is offered to recognized and vetted community leaders.  Dennis is a true community leader.  I have witnessed his devoted commitment to his community and I can state without any reservation, that he epitomizes the best in community service and leadership.  In fact, those two terms are a perfect summary of who he  is … a Servant Leader.  Orono deserves a leader like Dennis Walsh.”

"Most of the Orono residents may not be aware that when Lakeview Golf Course was rezoned by Mayor McMillan and the City Council from open land to residential, the developer was required to pay the City of Orono $255,000 Parks dedication fee for the loss of 149 acres of open space. Did you know that none of that money stayed within the development? Even though the development has a designated 5-acre park. It's time to have a Mayor that treats the citizens of Orono fairly, regardless of whether you live on the East end or the West end. Please support Denny Walsh–a man who is committed to bring Transparency to the actions of the City of Orono and who believes in preserving and maintaining Orono's open spaces throughout the municipality."
Connie Piepho
Orono & Lakeview Area Resident 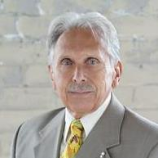 My passion for volunteering for good and noble causes has reached a new and higher level. You all know my commitment to US Military Veterans causes like www.CampGratitude.org. Well now I'm supporting one of the supporters of these causes, Denny Walsh, candidate for City of Orono Mayor. This fine public servant, champion of the good for the many not just the few, is my pick and has my vote and support now and come this election for Mayor.

I have had the pleasure of working with Denny as a citizen member of the Development Process Committee.  Through Denny’s leadership and input from various stakeholders connected to the city, Denny and the City Council have achieved measurable and positive results in reforming how the city regulates development.  The result are more reasonable building and remodeling codes while still preserving what makes Orono a special and unique place to live. Not a fan of debt?  Me neither.  Denny has worked to pay for city road improvements using cash on hand rather than incurring future bond debt obligations.  Promises made, promises kept.

This site is a Paid Advertisement by the campaign to Re-Elect Walsh for Mayor, 1354 Rest Point Circle, Orono, mn 55364